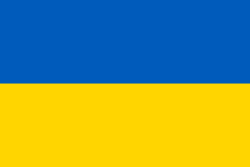 If you want to study medicine in Ukraine, you’ve come to the right place – M.D. International Studies is recognized by the Ukrainian Ministry of Education and graduates of our pre-medical course are accepted into the universities of Odessa and Lviv without an entrance exam.

Ukraine is located in eastern Europe.  In 1991, after the disintegration of the Soviet Union, Ukraine gained its independence. The country maintains positive diplomacy with Western Europe and keeps a close relationship with NATO and the European Union.

Free education is granted to all Ukrainian citizens, which results in high levels of literacy. The academic education system in the country is updated according to the international standards of developed countries. Odessa State Medical University & Lviv State Medical University are the two leading academic institutions in the country. Both offer English and Russian programs in the fields of general medicine, dentistry and pharmacology.

Interested in studying medicine in Ukraine or other countries in Europe? Read about Medical Doctor’s pre-medicine course that guarantees your readiness for the entrance exams.